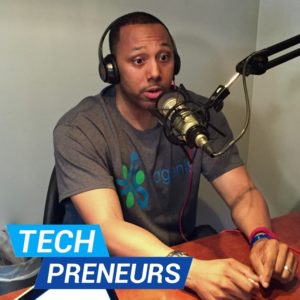 She’s out to make them better, one opportunity at a time.

Code2040 is a non-profit organization focused on tackling diversity and increasing minority group representation in the tech industry, partnering with Google for Entrepreneurs and tech hubs around the country to place entrepreneurs in residence focused on making an impact in their communities. 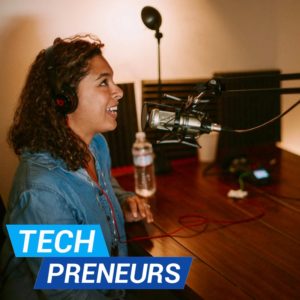 Powers and her team aim to give underrepresented engineering students the access, mentorship and work opportunities needed to hold innovative leadership and entrepreneurial positions in the field.

The idea came about in summer 2011, when Powers sat down with friend and Code2040 co-founder Tristan Walker, looking for the next step in both of their careers.

“He rolled over to the whiteboard wall in the desk chair he was sitting in in this conference room and wrote the number 2040 on the wall, and it started a conversation,” Powers said.

2040: the year that people of color are project to become a majority in the United States, according to demographers.
It’s a concept that– mixed with the fast technological growth in San Francisco– brought up two key questions, Powers said: What does that number mean for the industry, and– inversely– what does the industry mean for the community?

“When we were first talking about getting Code2040 off the ground, I think we knew that it could be really impactful for the individuals going through it, but we didn’t realize how impactful it could be for the industry until we got going and got some momentum and got to see the types of people and companies that were interested and the type of network effects we were having with students and their communities,” Powers said.

A key program in this community impact is the Code2040 Fellows, which places high-performing black and Latino computer science students across the U.S. in summer internship positions with Code2040’s partner companies.

This summer, 42 companies are hosting internships for 80 students, who intern during the day and on evenings and weekends participate in Code2040 programming, including hackathons, speakers and mentor meetings, Powers said.

“The idea is that, by the time they’re through with their summer with us, they not only have the skills and experience, but also the confidence and connections they need to succeed,” Powers said.

Alums of the Fellows program have gone on to start their own businesses and encourage others to get involved in learning more about the tech industry. But the impact goes farther than that.

Today, the average salary for a tech worker is more than the median household income of a black family and a Latino family combined, Powers said. By getting more young people of color involved in the tech industry through programs like the Fellows internships, Code2040 is helping students see how a lack of diversity in tech industries statistically affects people today and how those numbers can be changed.

Some employers claim the lack of diversity in tech is a “pipeline” problem– a dangerous frame of thinking when the data suggests otherwise, Powers said. Not only does it keep companies from gaining a true understanding of the problem and finding a way to fix it, but it also minimizes the role of the individual in the process as well.

Only 18 percent of computer science bachelor’s degrees go to black and Latino students, yet representation of the groups are even lower in the tech industry as a whole, Powers said. That’s the other big stat that Code2040 keeps in mind as the team works to get more students connected with professional positions in the industry.

Changing today’s ways of thinking won’t be easy, but it is simpler than we think.

Race, ethnicity and gender can be uncomfortable topics, but that’s not necessarily something that needs to change, Powers said. It needs to get better, and to be the fuel behind honest dialogue.

“I believe that learning, change and growth comes from those moments of discomfort. And I think that if you’re able to flip your mental script around what it means to be uncomfortable and to see that as an opportunity as opposed to a threat, then you can achieve a lot,” she said.

One way to make progress on those dialogues is to change the idea that underrepresented groups are solely responsible for solving underrepresentation. Instead, Powers said, those currently in positions of power can acknowledge a diversity issue and open a conversation as to how it can be solved.

“We talk a lot at Code2040 about times when we feel uncomfortable or times when we feel scared or fearful. And a lot of work on this will involve fear, and whether that’s fear of putting yourself out there, fear of saying the wrong thing, fear of making the wrong choice, it’s inherent in the work,” Powers said. “So somebody at the top has to set an example that that’s okay. It’s not easy, but it’s okay.”

For more information about Code2040 and Laura Weidman Powers, visit them online at code2040.org.

Join Clark Buckner as he uncovers the stories of tech entrepreneurs in cities across North America. You’ll hear about how they’re building tech, how they’re overcoming obstacles, and how they’re promoting entrepreneurship in their communities. Season 1 focuses on entrepreneurs who are driving diversity and inclusion through the Code2040 initiative as they build their startups. Season 1 is powered by the Nashville Entrepreneur Center in support of the Google for Entrepreneurs Tech Hub network.

Techpreneurs is a production of Relationary Marketing.