Marcos Cunha has worked to make the world available at a push of a button, and now his mission is to make the tech industry accessible as well.

Cunhas – the creator of YouRoam, a service that allows users to user their own phone numbers while traveling abroad with no roaming fees – is the entrepreneur in residence with CODE2040 and Google for Entrepreneurs at Capital Factory in Austin. 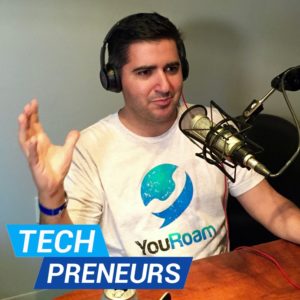 Born in Brazil and spending part of his childhood in Miami, Florida, Cunhas grew up in inclusive and diverse environments throughout his early education, but encountered a radically different environment when he attended school in Indiana later, he said.

There, Cunhas experienced a level of racial profiling both in and outside of the workplace he never had in his previous locations, an experience that would later play a key part in his interest in helping minority entrepreneurs like himself to get off the ground with their ideas.

As he has worked to grow YouRoam from a small operation into an internationally-used service, Cunhas has integrated his business experience with companies like Telecom and Goldman-Sachs into lessons he can share with others as he finds who in his community that share his dream in making the tech industry accessible and welcoming to all.

It can be easy for minority entrepreneurs to feel constrained by the statistics of a not-so-diverse community that can often make it hard to find funding, Cunhas said, but building a supportive network and deciding to persevere despite possible difficulty is important to getting a successful business off the ground.

“I think you have to forget all about that and take the approach, take the leap. Go out and seek mentors and advisers who are going to help you along the way. Build that network of people who can be there for you and keep you positive,” Cunhas said.

“The pitch deck is a work of art.”

The pitch deck is an idea’s first direct connection with potential backers, and it’s important that the first impression is a good one, Cunhas said.

“It’s not just about what you’re saying, but about what they feel when they’re reading and looking through it,” Cunhas said.

If an entrepreneur isn’t necessarily a great designer, the investment to have an aesthetically pleasing pitch deck created is one that should be seriously considered.

“Josh Baer, the managing director here at Capital Factory, has instilled in us the importance of storytelling and how effective people are when, rather than just going through ‘Here’s a problem statement, here’s a solution, here’s a market size,’ you can create an entire story around what you’re doing so make the slides flow very, very nicely,” Cunhas said. “That’s a critical piece.”

Even if an entrepreneur isn’t pleased with the number of users in their new venture, it’s important to monetize on the front end, instead of expecting to “make something cool and try to monetize it later.”
“I think that’s a mistake, especially outside of Silicon Valley,” Cunhas said.

Without a clear business plan and even a few paying users, Cunhas said,a young business starts to look more like a hobby and less than a full-fledged venture with a forward-looking vision.